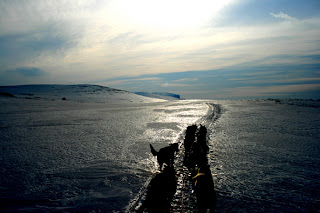 After a winter of training and race preparations, now its time for the long camping trips whit the dogs. Since last week of March I have been guiding for Norquest 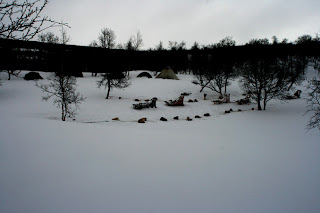 The trips goes from Dividalen to Kiruna in Sweden, and we spend 6 days out in the wilderness, camping in new spots every night. Well, not exactly true. The second trip we were stuck at our tent camp at Devvdes for three nights due to hard wind in the mountains. So we never made it over to Sweden, but got some bad weather experience on day trips up into the nearby highland.
To morrow I start on my third, and last, week trip for the spring season. I am going whit the son of a French friend of mine and a friend of him. We start from Kiruna, and are going to end 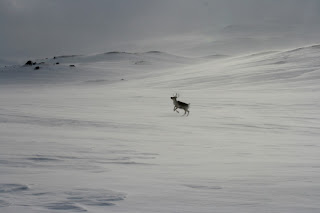 up in Dividalen some time next week. Its kind of fun just going around, deciding from day to day were to go. There is about 17 hours of day light here now, so what time of the day we move does not mather that much. Often its best to move in the colder hours of night, and then sleep when its nice and warm in the middle of the day.
After this trip I hope to spend some time skiing the nearby mountains. I have to admit that I am looking forward to something else that looking at the end of dogs all the time. So, hopefully I will soon be able to post some nice pictures of mountains and skiers. 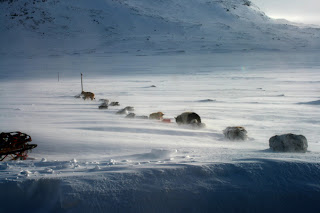 I will miss not skiing in Lyngen this spring but good memories from last year. All is well over in southeastern BC where powder skiing still exists and nights are frosty!! Hugs from across the ocean and mountains......