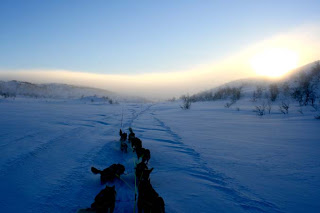 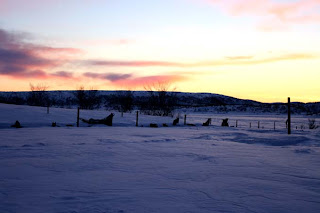 Just back from a week long trip in Finnmark. Due to cold weather and my British companions we did not do very long days of mushing. But we spent long relaxing evenings in cosy mountains cabins on Finnmarksvidda (the Finnmark high plateau). 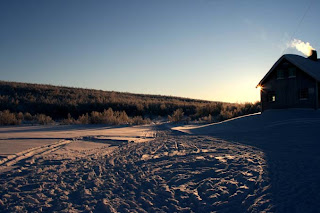 After almost drowning in snow in Alta the first day, the temperatures fell. The quick-silver in the thermometer were hiding in the bottom, and hardly dared to show itself. Officially the 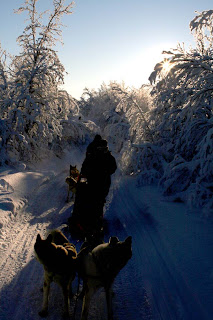 temperature was -29,8c, but the real temperature dropped to -34c at some nights. The chilliest we had during daytime was down to -32. But at least its clear. Very clear! And the sun is up, bathing the landscape in its arctic colors so special for this time of the year when the sun is still hanging low on the sky. 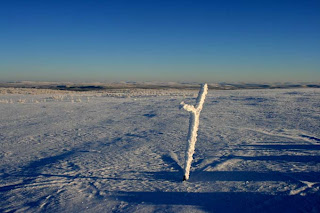 Running dogs in this cold is very special. You are so dressed up it almost feels like you are watching the world from inside your own cocoon. In a way you looses contact whit the world outside. Well, enough writing, I will let the pictures talk on its own. 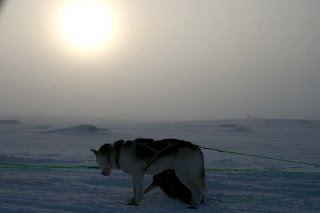