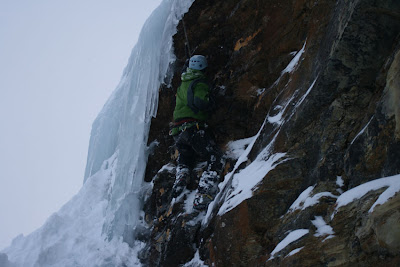 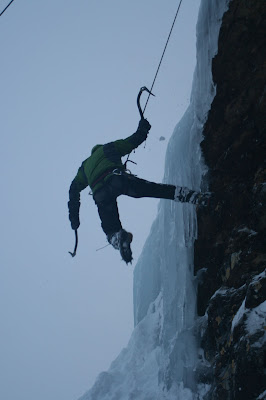 At last there is a post that is not about dogs. On Saturday I left the dogs at home and went to Tamokdalen to play a bit on some ice. For those who don't know Tamokkdalen its also known under the name Powder valley due to its good skiing, and often exelent skiing conditions. But on Saturday the avalanche risk was to big for skiing. But its other fun things to do. So together whit Tamoks own ski and climbing master Aadne, Mr Letto and the Lyngen squad I brought along my ice-axes to do some playing on ice. As a retired climber it was good that today's action was going to be on a small ice crag. I am no longer up too long and hard climbs. But who know what will happen in the future? 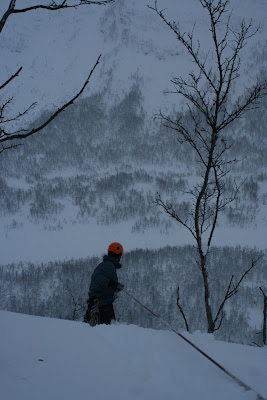 I enjoy reading your stories but not always, because they make me jealous. Hardly seen any snow here this winter and for ice I have to open the freezer... This year I was so lucky to get a starting number for the Elfstedentocht, but little chance I will be using it. So you and your brother and friends have to do the winter adventures and share them with us by internet!