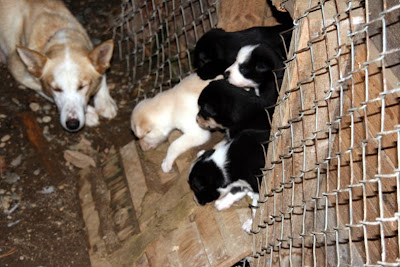 On the third of October Trangia gave birth to six puppies. I now I am late whit this update, but it is quite a lot to do for the moment. The training for the upcoming season takes lot of time on top of all the other tings that needs to be done before the winter. And speaking about winter; we almost had it. For almost a week the white stuff was covering the ground. But it was not enough for sledding :-( 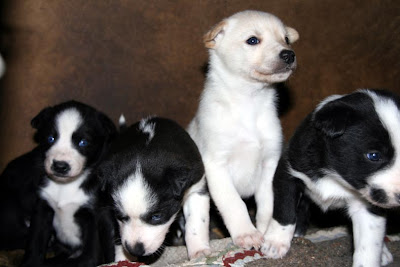 Back to the young ones. We are going to keep four of them, and two are going to be sold. Who we are going to keep, we don't know yet, except for Gunn, the only yellow of the bunch. The rest of them are black and white. We have name for two of them, Bård and Kari. Named after some friends of mine. If anyone have a name for the last one you can come with a suggestion. It has to be a human name, since the other three have human names as well as the six month old bunch (Pelle, Herman and Wilma).
Posted by Aslak at 18:55